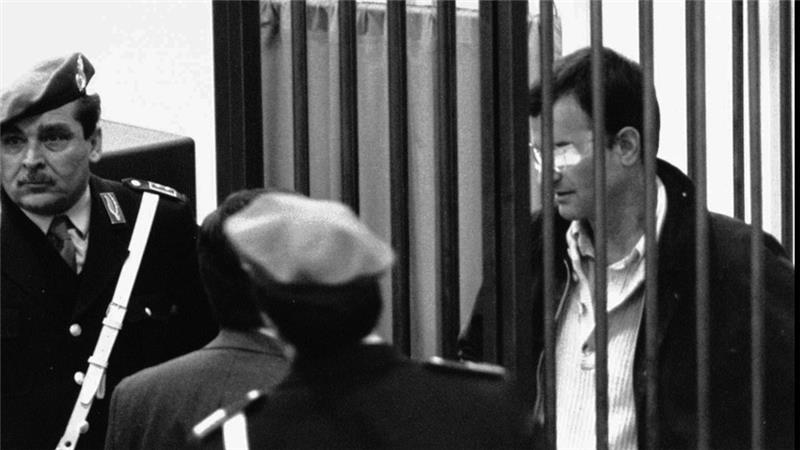 Mafia trial puts the ‘Pirate’ of Rome in the dock. Source: Al Jazeera

Massimo Carminati, a former member of a neo-fascist group, is charged along with dozens of politicians and businessmen.

Rome, Italy – Dozens of politicians, businessmen, and alleged gangsters go on trial on Thursday on charges including corruption, money laundering, and weapons possession in one of Italy’s most important mafia prosecutions in the past decade.

Italy’s Special Operation Squad (ROS) has, since 2012, investigated Mafia Capitale, a mysterious organisation based in the Italian capital that prosecutors allege involves politicians and other public officials working alongside mob figures.

Important businessmen have been implicated and, according to the prosecutor of the case, alleged Mafia Capitale leader Massimo Carminati delivered envelopes full of money to bribe officials involved in managing public tenders.

Carminati is a former member of the neo-fascist group Armed Revolutionary Nuclei (NAR), which was active from 1977 to 1988 and carried out several terrorist attacks, including the bombing of the Bologna train station that killed 85 people.

Known as “The Pirate” because of his one eye, Carminati gained a reputation as a ruthless mafia boss who controlled large parts of Rome.

Local legend has it that Carminati is immortal after he miraculously survived a close-range gunshot to the head by a police officer in 1981.

The trial opens at Rome’s Palace of Justice on Thursday before moving to Rebibbia prison. It is expected to last until July.

Luca Odevaine, a former deputy head of the mayor of Rome’s cabinet, has confessed to receiving 5,000 euros ($5,500) monthly from Mafia Capitale. Paolo Pozzessere, the former commercial director of Finmeccanica, an Italian public company, has been charged with corruption.

RELATED: Taking from the Italian Mafia to give to the poor

Like other organised crime groups, Mafia Capitale is allegedly involved in extortion, smuggling, and money-laundering, as well as above-board activities that have allowed it to effectively control large parts of Rome.

But Mafia Capitale is not a conventional mafia group, according to Nando dalla Chiesa, who heads the Observatory on Organised Crime.

“Rather than having a hierarchical structure, it is organised as a network with different members – those in charge of using violence, and those who apply a partial territory control,” dalla Chiesa told Al Jazeera.

In 2011, l’Espresso journalist Lirio Abbate wrote one of the first articles published about Carminati headlined The Four Kings of Rome.

Abbate, who has lived under police escort for the past seven years because of his journalism on the mafia, explained that Rome was divided among four bosses and one of them is Carminati – also dubbed the “Last King of Rome”.

Abbate noted that despite being charged with murder and linked to the Bologna bombing, “he was always acquitted at all trials”.

Carminati’s alleged right-hand man, wealthy businessman Salvatore Buzzi, is also charged in the case. Buzzi is known as the “king” of the cooperatives that run Rome’s recycling and rubbish collection contracts, as well as the contracts to manage hosting centres for migrants in Italy.

In an intercepted phone call, Buzzi was heard telling his assistant Pierina Chiaravalle: “Do you have any idea how much I make on these immigrants? Drug trafficking is less profitable.”

Mafia groups in Italy are estimated to rake in more than $110bn in profit every year, according to the Institute of Transcrime, which published a study on organised crime in Europe earlier this year.

RELATED: The most powerful mafia you’ve never heard of

Despite the big profits, however, prosecutors often find it difficult to tie the mafiosos to the ill-gotten money.

As Piero Grasso, a former national prosecutor and current president of the Italian senate, explained in the book Dirty Money: “Mafia money does not smell and never rests; it changes place continuously and when it appears it is unrecognisable. It smells fresh and clean, bleached after dozens of transactions, and it reappears in a circle as lifeblood.”